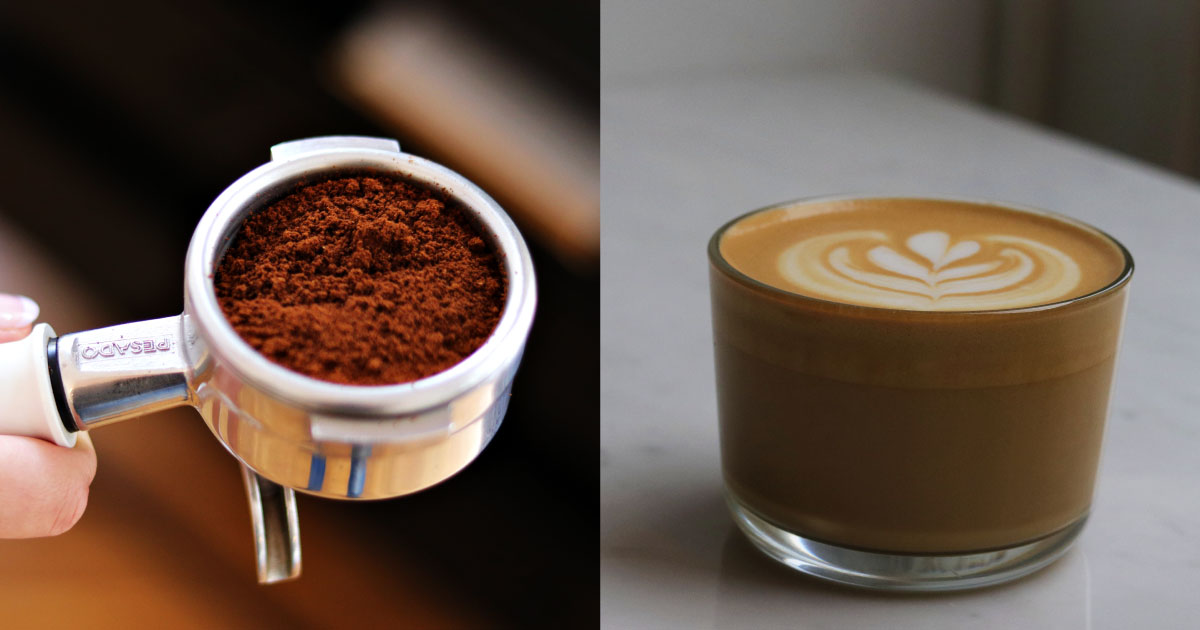 Milk based coffee beverages are popular all over the world.  In 2018, research from the BBC discovered lattes and cappuccinos were the two most popular coffee drinks in the UK.

This same year is when the flat white became more popular in the same country.  But how? And where did it come from?

The flat white coffee was once served in Australia and New Zealand, and can now be found in coffee shops all over the world.

You may also like our article on white coffee around the world.

The History of the Flat White Coffee

The origins of the flat white are debatable, especially when compared to other common milk-based espresso drinks.

Charles Skadiang is the Director of the Melbourne Coffee Academy.  He states it could have originated in Australia or New Zealand, but he doesn’t know for sure.  This is a debate that will likely go back and forth for a long time.”

An Australian barista Alan Preston. stakes claim to the invention of the flat white coffee in the mid-nineteen eighties.  He opened a store in Sydney, Australia and his customers would order a white coffee–flat, which was an espresso served with steamed milk. He eventually changed the name to a flat white.

His recipe was a double ristretto shot and steamed milk with a little foam. The drink didn’t have any latte artwork and it was served in a ceramic cup.

New Zealander Fraser McInnes claims he invented the flat white when he tried to make a cappuccino.  He said the milk he used was low in fat so he couldn’t make microfoam.  He went ahead and gave to the customer and said “sorry, it’s a flat white!”

Whether it was invented in Australia or New Zealeand the drink had become increasingly popular throughout the world over the years..

The specialty coffee industry has evolved over the years, which means so has the flat white coffee.

According to the specifications of the Specialty Espresso Affiliation and the World Barista Championships a cappuccino should have a minimum of 1 cm of foam depth, however the flat white normally has 0.5cm of foam.

This makes it easier to pour latte art because there is less foam.  This allows the barista to make more detailed latte art designs.

There is a man named Evangelos Koulougousidis, who is the lead barista at WatchHouse in London.  He thinks the definition of a flat white coffee can depend on where you are located in the world.

Evangelos has his own flat white coffee recipe, which requires a 1:2 ratio.  He thinks his recipe works with the majority of coffees.  He starts with this ratio, tastes it and then adjusts accordingly.

Ideas for Perfecting the Flat White

It can take a new barista quite some time before they perfect the flat white.  The flat white is smaller than  lattes and cappuccinos and contains around two-thirds milk. The milk is an extremely important ingredient and baristas have to pay close attention to how they steam and pour it.

Coffee roasted for espresso should have a medium or darker profile because it works better with milk-based drinks.  This has inspired roasters to develop milk-based blends.

Charles Skadiang likes using a medium roast mix that can cut through the milk, but still minimize the bitterness.  A high quality coffee should be used and there should be lots of practice to perfect the steaming technique.  The proper steaming technique will produce a silky microfoam with little froth.

Can you make a homemade flat white coffee?

Is it possible to make a flat white at home?

First we need to consider that a barista spends weeks or months training and perfecting their steaming and pouring skills.  They also have access to commercial coffee equipment.

Even though commercial coffee equipment isn’t available to consumers, the marketplace for home and prosumer espresso machines is on the rise.  This equipment will give consumers the abilityto steam milk so they can create a their own flat white coffee at home.

Bottom line if conusmers invest in the correct coffee equipment and take time to learn and perfect their milk steaming techniques, a high-quality flat white coffee at home is possible.

Loved this? Then try our article on cappuccino variations around the world.